How much sleep do you need?

45% of men reported believing it’s possible to train yourself to need less sleep but this is a myth. Your body requires adequate sleep – about eight hours a night or so – and there’s no way of “fooling” it or getting around this basic need.

It is important to understand that to achieve your full eight hours of sleep, sleeping pills are not the answer. See my full blog on herbs here and other techniques to help maintain sleep

What makes sleep deprivation so detrimental is that it doesn’t just impact one aspect of your health… it impacts many. Among them are three major risks to your mental and physical well-being:

Research has also found that sleep deprivation has the same effect on your immune system as physical stress or illness,3 which may help explain why lack of sleep is tied to an increased risk of numerous chronic diseases. 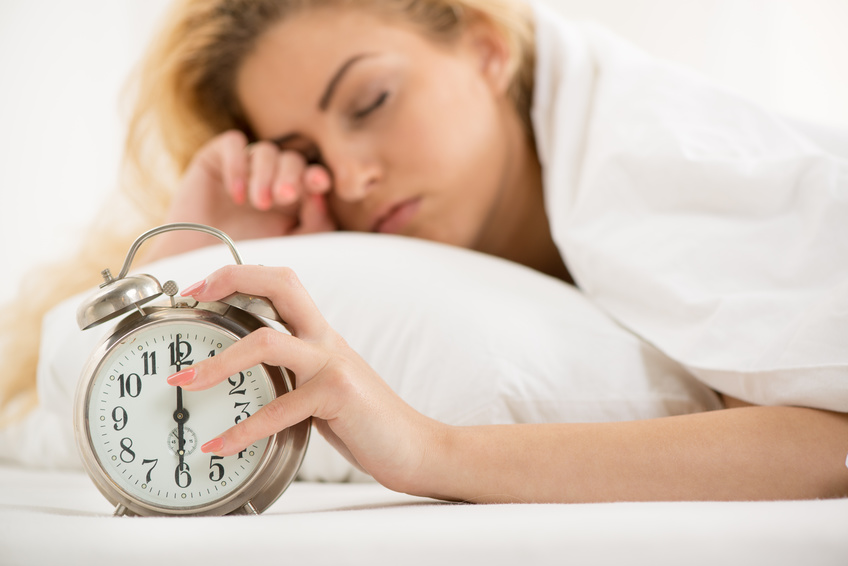 Research also found that when participants cut their sleep from 7.5 to 6.5 hours a night, there were increases in the expression of genes associated with inflammation, immune excitability, diabetes, cancer risk, and stress.
From the results of this study, it appears as though sleeping for an extra hour, if you're getting less than seven hours of sleep a night, may be a simple way to boost your health. While getting just one hour less sleep a night may raise your risk of multiple chronic diseases.

Interrupted or impaired sleep can also:

Just one hour too little sleep (6.5 hrs as opposed to 7.5) will also impair your ability to lose excess pounds or maintain your ideal weight. This is likely the effect of altered metabolism, because when you're sleep deprived, leptin (the hormone that signals satiety) falls, while ghrelin (which signals hunger) rises. It will also contribute to a pre-diabetic state, insulin-resistant state making you feel hungry even if you've already eaten, which can wreak havoc on your weight.

Additionally, sleep deprivation tends to lead to food cravings, particularly for sweet and starchy foods. Researchers have suggested that these sugar cravings stem from the fact that your brain is fueled by glucose (blood sugar); therefore, when lack of sleep occurs, and your brain is unable to properly respond to insulin (which drives glucose into brain cells) your brain becomes desperate for carbohydrates to keep going.

When your circadian rhythms are disrupted, your body produces less melatonin (a hormone AND an antioxidant) and has less ability to fight cancer, since melatonin helps suppress free radicals that can lead to cancer. This is why tumors grow faster when you sleep poorly.

Melatonin is a regulator of your sleep cycle, and when it is suppressed, there is less stimulation to promote sleepiness at a healthy bedtime. Melatonin is also a powerful antioxidant and free radical scavenger that helps combat inflammation as an integral component of your immune system. It may even have a role in slowing the aging of your brain.
Even more importantly, melatonin has been proven to have an impressive array of anti-cancer benefits.6 It not only inhibits the proliferation of a wide range of cancer cell types, it also triggers cancer cell apoptosis (self destruction) and promotes anti-angiogenesis, meaning it prevents the growth of blood vessels that feed the growing tumor.

Tips to promote the production of Melatonin:

- Be sure you get BRIGHT sun exposure regularly. Your pineal gland produces melatonin roughly in approximation to the contrast of bright sun exposure in the day and complete darkness at night.
- Avoid watching TV or using your computer in the evening, at least an hour or so before going to bed. As mentioned, these devices emit blue light, which tricks your brain into thinking it's still daytime. Normally, your brain starts secreting melatonin between 9 pm and 10 pm,

I prefer not to suggest using melotin supplements (but take these herbs instead) since when you do your body stops making it naturally. But if you are going to try it here is one I like:

How much sleep do you need?

Certain Foods are Known to Help Promote (and Disturb) Sleep

Importance of when you eat:

Emerging research also suggests that the timing of your meals is important as well. For instance eating very late at night when you'd normally be sleeping, may throw off your body's internal clock and in addition lead to weight gain. It is suggested in Ayurveda to eat a larger lunch and a light dinner around 6pm making that your final meal before a 10-10:30 bedtime.

Click here for my blog on herbs and other techniques to sleep if you can't.

Why Sleeping Pills Are Not the Answer!

The natural sleep aids described above will work with your body’s natural circadian rhythm to help you get truly restful sleep. This is not the case with prescription sleeping pills, which may actually put your life in danger. A startling study in 2012 revealed that people who take sleeping pills are not only at higher risk for certain cancers (35 percent higher), but they are also nearly four times as likely to die as people who don't take them. The list of health risks from sleeping pills is growing all the time, including the following:
• Higher risk of death, including from accidents
• Increased risk of cancer
• Increased insulin resistance, food cravings, weight gain, and diabetes
• Complete amnesia, even from events that occurred during the day
• Depression, confusion, disorientation, and hallucinations
Research involving data from more than 10,500 people who received drugs for poor sleep (including benzodiazepines) also showed that "as predicted, patients prescribed any hypnotic had substantially elevated hazards of dying compared to those prescribed no hypnotics," and the association held true even when patients with poor health were taken into account – and even if the patients took fewer than 18 pills in a year.13 In The Dark Side of Sleeping Pills, an E-book by one of the study's researchers, Daniel Kripke, MD, it's explained:
"We have now published a new study of over 10,000 patients who took sleeping pills and over 20,000 matched patients who did not take sleeping pills. The patients who took sleeping pills died 4.6 times as often during follow-ups averaging 2.5 years. Patients who took higher doses (averaging over 132 pills per year) died 5.3 times as often. Even those patients who took fewer than 18 pills per year had very significantly elevated mortality, 3.6 times that of patients who took no hypnotics.
It seems quite likely that the sleeping pills were causing early death for many of the patients. In addition, those who averaged over 132 sleeping pills per year were 35% more likely to develop a new cancer…
Theoretically, there could be confounding factors or biases in the selection of patients which caused these deaths without involving sleeping pills. We can only say that we found almost no evidence of such biases… If sleeping pills cause even a small portion of the excess deaths and cancers associated with their use, they are too dangerous to use."

Click here for part 2 on how to sleep if you've tried everything.