“Sitting Disease” – Dangers of Sitting All Day Even if You Exercise

“Sitting is more dangerous than smoking, kills more people than HIV and is more treacherous than parachuting.” (-Dr. Levine, director Mayo Clinic.) And the worst part is exercise does not help. Getting up and doing the movements in this video can: (For more chi going click here) 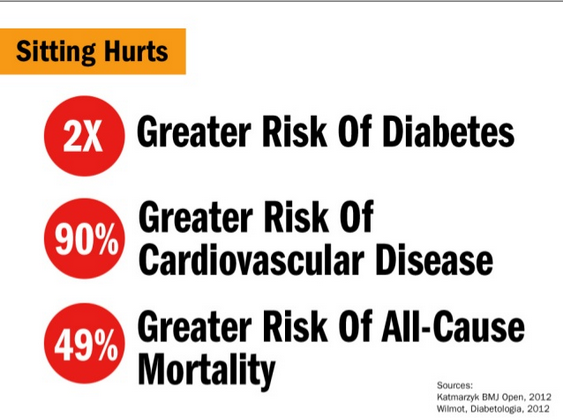 Also linked to prolonged sitting is weight gain depression and even cancer, experts are calling it “sitting disease.” The problem is as our 8-hour workdays often become 10 and 12 hour days and include weekends, causing us to be run down and want to sit more. this also allows for less time and energy to live the healthy lifestyle that our bodies require.

Dr. James Levine, director of the Mayo Clinic-Arizona State University Obesity Solutions Initiative, told the LA times “sitting is the new smoking.” This because like smoking, an active lifestyle does not undo the negative effects of smoking.

Why does prolonged sitting pose this many risks:

– Sitting for extended periods affects blood sugar levels and insulin in the body, this increases the likelihood of becoming obese and develop type 2 diabetes over people who sat less.

– Lipoprotein lipase (LPL) is an enzyme that breaks down fat to use as energy when the enzyme isn’t working as it should, that fat is stored. In a study published in The Journal of Physiology, mice were tested for LPL levels in three states—laying down for most of the day, standing for most of the day, and exercising. LDL activity in the laying mice was very low, levels rose more than 10 times when the mice simply stood but exercise had no additional effects on the LDL levels in the mice’s legs. The researchers expect the results to carry over in humans too. The larger point is that people can’t combat the effects of sitting with a half-hour or hour of exercise alone—standing throughout the day is the answer.

– Muscles are healthiest when they are being used regularly, so it’s no surprise that staying seated for eight or nine hours a day will have negative consequences. Although they are pliable, when locked in a position for the majority of the day, they become stiff. After years of this, they become less proficient overall and researchers believe this might be part of the reason elderly people have a hard time getting around.

– Barry Braun, Ph.D., director of the Energy Metabolism Laboratory at U of Massachusetts (Amherst) found that sitting did not make people any less hungry. His team assigned people to sit a lot one day and to stand a lot on another day. Each time, the researchers studied how it affected their appetite. ”Going from active to sitting doesn’t lower your appetite or your energy intake,” he says. Prolonged sitting, he says, may trigger us to eat more than we should, leading to weight gain.

And research shows these risks are still present despite whether you exercise, run, or not. Andrea LaCroix, Ph.D., director of the Women’s Health Center of Excellence at the University of California, San Diego, says that researchers are trying to figure out if sitting and exercise, ”are two different components driving health.” Even though the idea is evolving, Kerr says it may help people to think about being active and sitting as two separate ways to improve or harm your health. “Does exercise compensate for a bad night’s sleep?” she asks. “So why should exercise compensate for the fact that you sit all day?” This is the reason they relate it to smoking because if you exercise or not, smoking is still bad for you.

“We were very surprised that even the highest level of exercise did not matter squat for reducing the time spent sitting,” says study author Marc Hamilton, Ph.D., professor, and director of the inactivity physiology department at Pennington Biomedical Research Center.

“Your body is designed to move,” Hamilton says. “Sitting for an extended period of time causes your body to shut down at the metabolic level.” When your muscles, especially certain leg muscles, are immobile, your circulation slows. So you use less of your blood sugar and you burn less fat, which increases your risk of heart disease and diabetes. Indeed, a study of 3,757 women found that for every two hours they sat in a given workday, their risk for developing diabetes went up seven percent, which means their risk is 56 percent higher on days they sit for eight hours. And a study published in the American Journal of Epidemiology reports that a man who sits more than six hours a day has an 18 percent increased risk of dying from heart disease and a 7.8 percent increased chance of dying from diabetes compared with someone who sits for three hours or less a day. Although running does much good for you, Healy says, if you spend the rest of your waking hours sitting, those health benefits depreciate. In a 12-year study of more than 17,000 Canadians, researchers found that the more time people spent sitting, the earlier they died—regardless of age, body weight, or how much they exercised.

Adding to the mounting evidence, Hamilton recently discovered that a key gene (called lipid phosphate phosphatase-1 or LPP1) that helps prevent blood clotting and inflammation to keep your cardiovascular system healthy is significantly suppressed when you sit for a few hours. “The shocker was that LPP1 was not impacted by exercise if the muscles were inactive most of the day,” Hamilton says. “Pretty scary to say that LPP1 is sensitive to sitting but resistant to exercise.” 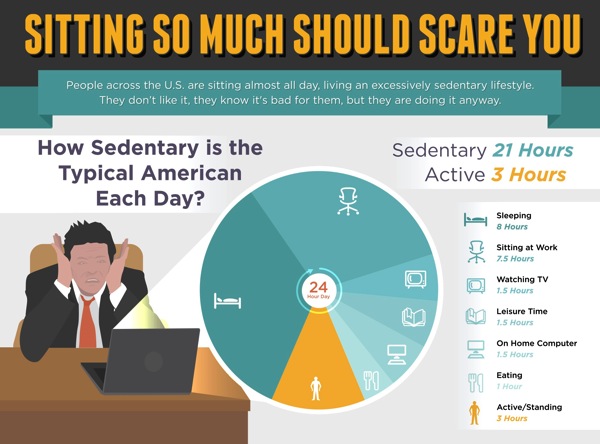 Heart disease and diabetes aren’t the only health hazards active couch potatoes face. The American Institute for Cancer Research now links prolonged sitting with an increased risk of both breast and colon cancers. “Sitting time is emerging as a strong candidate for being a cancer risk factor in its own right,” says Neville Owen, Ph.D., head of the Behavioral Epidemiology Laboratory at Australia’s Baker IDI Heart and Diabetes Institute. “Emerging evidence suggests that the longer you sit, the higher your risk. It also seems that exercising won’t compensate for too much sitting.” According to Alberta Health Services-Cancer Care in Canada, inactivity is linked to 49,000 cases of breast cancer, 43,000 cases of colon cancer, 37,200 cases of lung cancer, and 30,600 cases of prostate cancer a year.

As if that wasn’t enough to put you in a sad state, a 2013 survey of nearly 30,000 women found that those who sat nine or more hours a day were more likely to be depressed than those who sat fewer than six hours a day because prolonged sitting reduces circulation, causing fewer feel-good hormones to reach your brain.

How Do We Remedy This?

– Standing up and taking activity breaks can help to avoid the dangers of sitting. Stuart McGill, Ph.D., director of the Spine Biomechanics Laboratory at the University of Waterloo says that interrupting your sedentary time as often as possible and making frequent posture changes is important. “Even breaks as short as one minute can improve your health,” he says.

– Desk Extention –  a standing desk to stand up and work as well. I use an extension on my desk like this one – click photo for the least expensive on amazon or:

Go to the Stand Store here

Or other amazon links here 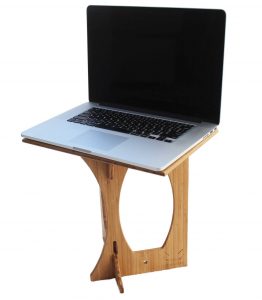 Here is a quick static stretching routine that can be of service in the middle of your workday as well as the energy movement video above:

The benefits are more than just losing weight and avoiding depression, cancer and heart disease. When you move around you release endorphins (just like when you exercise) and your energy continues to go up. You feel more alive and you bring that increased feeling of power to everything you do. Your productivity improves as your energy soars.

”Don’t demonize sitting,” LaCroix says. The message, she says, is to reduce sitting time by breaking it up. Although experts aren’t sure how often you need to get up, they suggest getting up about every 30 minutes if possible.

Additional Resources: Click the link below for more examples of exercises to do in the office.

By utilizing the information presented on this site, you agree to and understand that author, Bill Farr is not a doctor or any other type of certified health care professional, and his opinion is not a substitute for professional medical prevention, diagnosis, or treatment. Please consult with your doctor or your other health care providers concerning your symptoms and medical requirements before following any of the remedies or other suggestions he offers. His opinion is based on his own research and is to be used for educational purposes only. Bill Farr’s wellness plans and advice are meant to be used in conjunction with standard allopathic or osteopathic medical treatment and care. 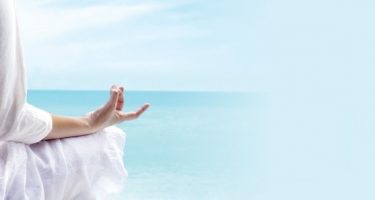 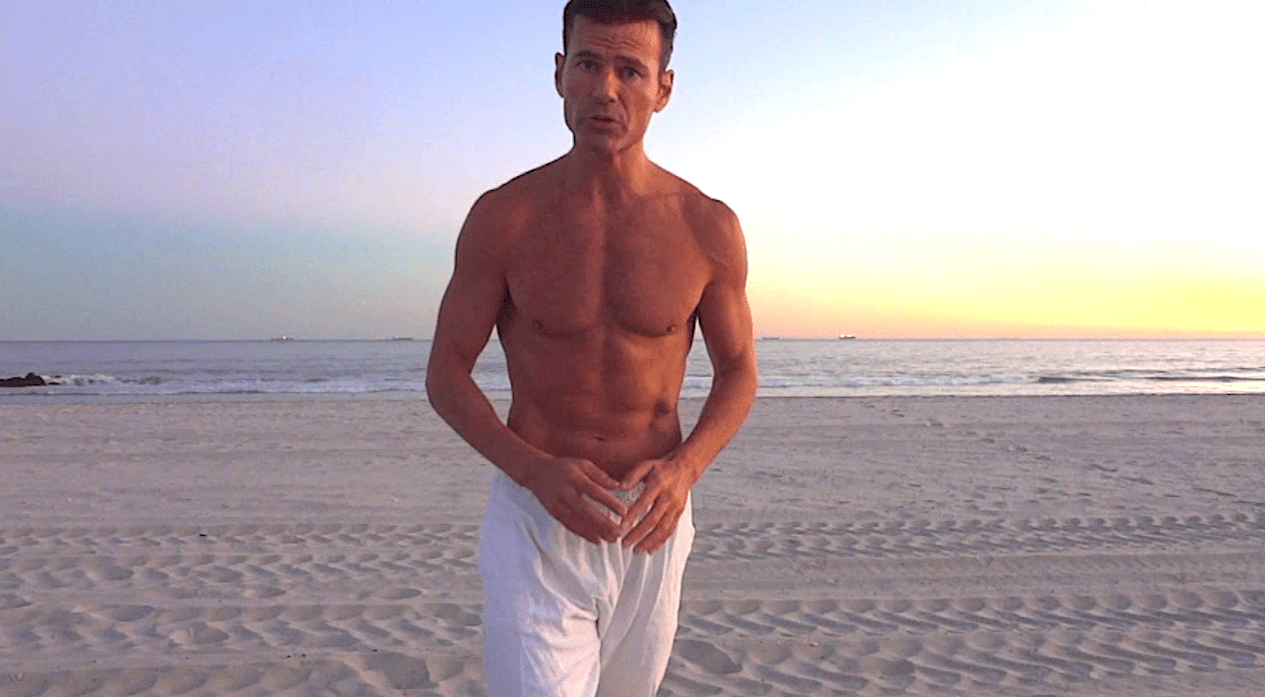 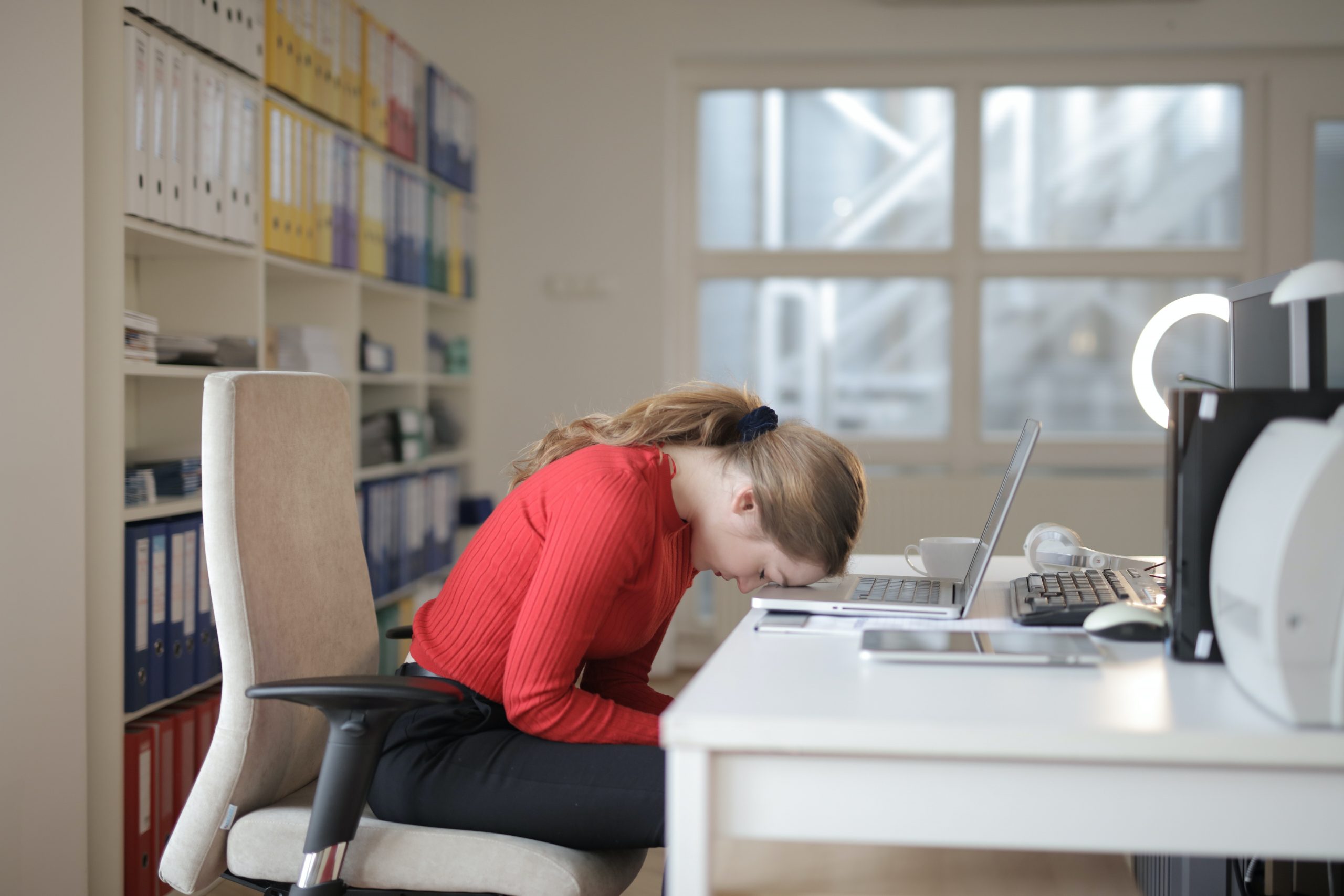 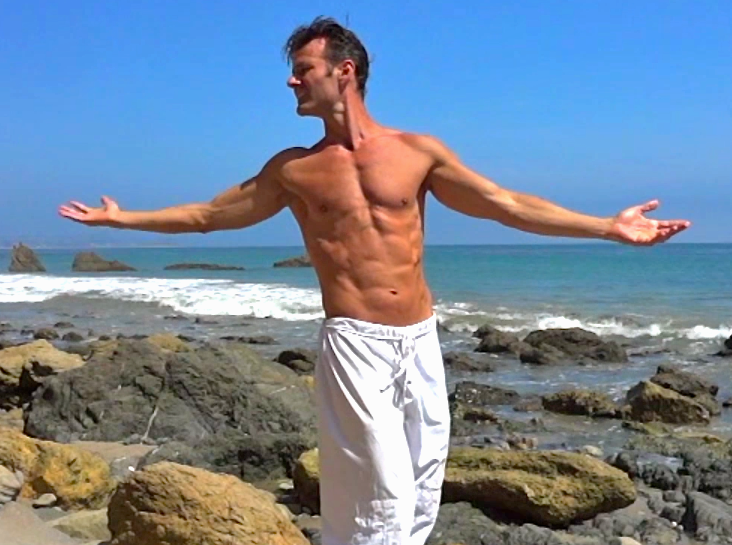